Last summer, I tried out a selfie stick because I thought it would be fun.  But the one I tried was awful … I tried everything I could to make it work, and it didn't.  So I had to take it back to the store.

I'm trying to use Instagram more, so the selfie stick should be super helpful.  So I decided to give it another try. 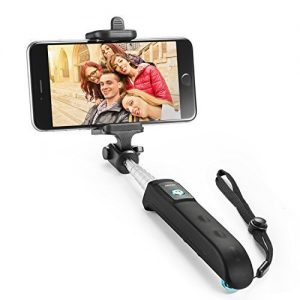 This time I did a little more research before I picked my selfie stick.  I specifically made sure that the one I chose this time would work with my phone.  (That's it on the right.)

Most selfie sticks you find indicate on the packaging that they are supposed to work with just about any iPhone or Android phone, but after installing three different apps suggested, I never could make the first one I purchased work.  So if it's important to you to get one that works, make sure to read the details and find out if it is compatible with your phone.

There are two types of selfie sticks to consider.  I chose the corded or wired type the first time.  That meant that it had a cord that plugged into the microphone jack to activate the shutter.  At the time, the information I read suggested that would be better because it wouldn't use extra battery power that a wireless-style stick would use.

Well, this time, I got a wireless stick that connects to my phone via bluetooth to activate the shutter.

When I opened the package, this is what greeted me: 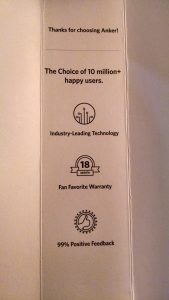 Oh, and of course, the selfie stick! 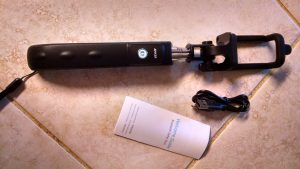 Since it's wireless, it needed charging before I could set it up.  But once I got it charged, all I had to do is pair it with the bluetooth on my phone, open the camera app, and click the button. 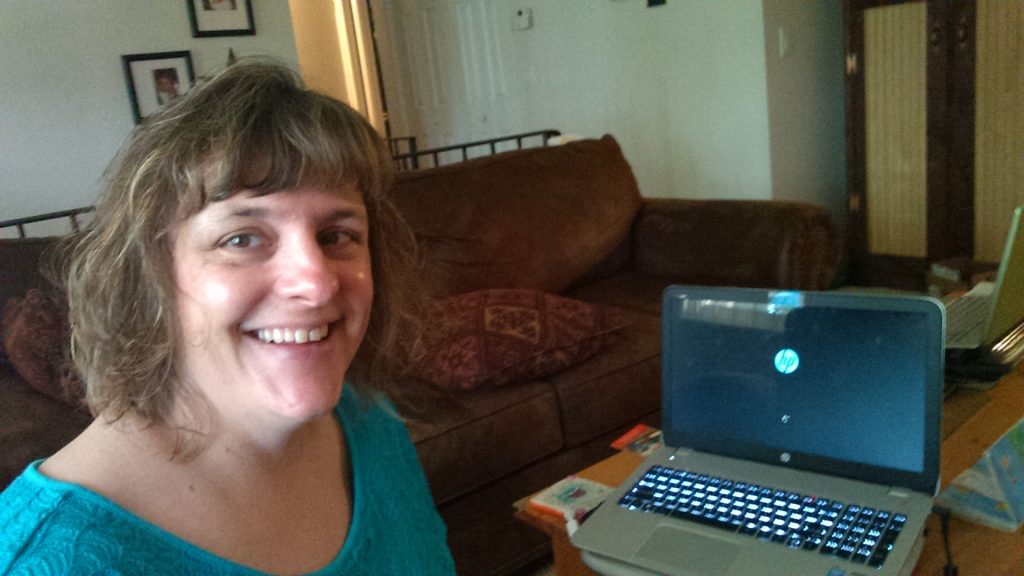 I am super excited now to see what I can shoot differently now that I have a working selfie stick. Plus, it folds up into a pretty compact little unit, and the battery is supposed to last about 20 hours. I'll give it a good test this weekend and give you an update.

Now, if I could just get a phone that takes good photos.  Any suggestions?

Until the next time, have some fun taking a selfie!  I'd love to see it!

A Brilliant Idea From My 98-Year Old Great Aunt

I had another family funeral to go to today.  This has been a tough few months for my family.  But today, we celebrated my great aunt who lived a good, long life.  And she was a blessing to those around her. 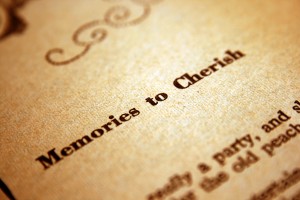 The thing I found really cool today, was something that she did that probably made things easier for her family.  A few years ago, for her 90th birthday, she put together her own little life history video, with her voice recorded in parts of it.

This video was replayed at the funeral, along with a couple of others made by the family.  See, Tia Teresa has been getting all of her photos and memories documented for probably close to ten years now, if I can remember correctly.  It was important to her to have that to pass on to her grandkids.

I totally celebrate each and every one of you who are doing this same thing for your families.  Fewer and fewer will have what you're taking the time to create with each passing year, as most photos are only being shared briefly on Facebook and Instagram now, and then are never kept for future use.  But I don't have to tell you that.

Anyway, I really just wanted to share what a great idea my great Tia Teresa had.  Creating her own life history to share, with her voice.  I think I'm going to have to do that myself, even though the books will tell quite a bit of the story.

I hope your stories are told, however you do it, for your family to enjoy now, and later.

Is A Camera Necessary Anymore?

One thing I may not have mentioned in last week's post about my selfie stick failure was that over the course of the 4th of July weekend, my camera was put out of commission.  By a couple of grains of sand.

I don't know if you've ever had something happen to your digital camera, but if you have, you've probably found out that they really aren't repairable, in most cases.  I went to a camera store with a previous camera and was told that there really is no fix.  It would almost always cost more to repair than the camera would cost to replace. 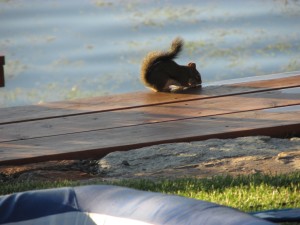 I have what many would call a “point and shoot” style camera.  As much as I've drooled over the thought of a nice, DSLR camera, I've never had the economic capability to get one.  And for the most part, the point and shoot camera does just fine, especially now that my 12 year old daughter has found a fascination with nature photography.

But, now that a little grain of sand has jammed itself inside my camera lens making it inoperable, I have to ask myself,

Do I really need another camera?

I have a perfectly good camera on my phone.

So does my husband.

So does my 14 year old daughter.

My tablet also takes photos, as does my daughter's ipod 4 (although it won't operate much longer, either).

With this many “cameras” already in my house, do I need to get another point and shoot?

This probably all boils down to a preference issue.  I have been a photographer since high school, when I spent two years as a member of the yearbook photography staff.  That “staff” designation meant that I went to most athletic events and other school functions with at least 2-3 rolls of bulk-loaded film (meaning extra exposures per roll).  Then I spent hours after school and on weekends developing film and prints for use in our yearbook.  It was actually a huge experience for me as a teen, and I wouldn't trade it.

I have to say, after that amount of time behind the viewfinder of a camera, there's something about taking pictures by tapping my phone that just doesn't feel very comfortable.  It's handy to have the option to snap a photo with my phone when I'm out and about, but when it really comes time to save some memories, the camera just seems to get the job done better.

So, if the site I found for digital camera fixes doesn't help give me a solution, I may be in the market for a new camera before the summer is out.  (We still have one more little trip planned.)

What about you?  Do you take most of your photos with your phone?  Or a camera? 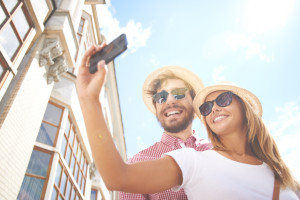 For weeks, I've passed a huge selfie stick display at the store when I've done my grocery shopping.  (I'm not the most organized shopper, so I spend a lot of time in my favorite store.)

Well, just before 4th of July weekend, I decided I had to give a selfie stick a try.  For those of you who know me, I have a feeling you can't picture me using one.  I know, I can't either.

As I stopped to look at the huge display, I realized there were really only two different kinds of selfie sticks to choose from.  The first one was less expensive ($9.97) and had a cord that would plug into the microphone jack on my phone to control the “shutter.”  The second selfie stick was priced at $10 more, and had a Bluetooth connection to the phone to control the shutter, meaning that it would have to be charged.

I weighed the options and picked the one that wouldn't require charging.   I just knew that when it came time to use it, I would find out that it wasn't charged.  The one other option for both models was color, so I picked hot pink which, of course, is my personal color of choice.

I quickly made my purchase and I was actually pretty giddy when I left the store.  I went home, packed the selfie stick in my camper and we hauled the family to mountains to visit my parents at the lake.  Sweet!

I have to admit, I was hoping to have some fun with this selfie stick.  It was a little “splurge” for me, and I don't always go for fad items.  However, once I opened the box, put it together, and inserted my phone, I got a bit frustrated.

Nothing I did would make the shutter button on the handle take a photo with my phone.

You can see my frustration.

So, that selfie stick was returned.  Will I try again?  Possibly.  I'm not entirely over my disappointment yet, but we'll see if I can find a better one.

Feel like ‘fessing up?  Have you used a selfie stick?  I'd love to hear about it. Just use the Comment box below.

I have been an Ambassador with Forever.com for over five years now (and with their software much longer than that!). This site is my notebook or bulletin board to help others who are interested in or using their products. Thanks for joining me!