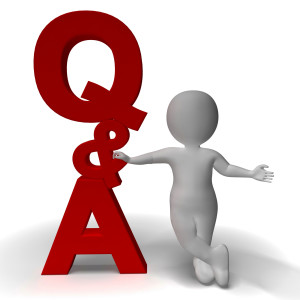 I realized when I was talking with someone last week, that there are some things about digital scrapbooking that I feel like I've covered before, and I always feel that I don't want to rehash something.

Of course, I haven't sat down and cropped through every single photo and page with each and every one of you.  I've been making some assumptions that are not helpful, and I apologize for that.

So, here are a few of the FAQs that I've thought of recently.  If there's a question that you have that comes up, leave me a comment and I'll tackle that one, too.

My first “digital” scrapbook (created in Microsoft Word in 2000) was completely compiled of scanned photos.  I've since scanned thousands of photos, both for myself and for others.  I've learned a few things from those photos.  There are several factors to consider when scanning photos to use in a digital book.

The same goes for Storybook Creator 4.  It's the same as Artisan, just a different look.

The issue will be, though, that once your computer decides to flash you the blue screen of death, or just suddenly won't boot at all, you'll need to upgrade to Historian and/or Artisan.

Upgrade or reinstall your operating system?  Yes, again, you will have to upgrade.  Any major changes that will require you to reinstall the program, will push you to upgrade.

The upgrade process is not tough.  In fact, if you upgrade to Artisan on a computer that currently runs Storybook Creator, the software will recognize SBC when the installation is complete, and ask you if you want to import your settings and content.  If you have this option, it makes the transition super easy.

If you do have to switch computers before installing Artisan, there's a little more of a process, but it's still relatively easy.  Most of the battle is locating your content, which could be a bit scattered if you've used more than one version of Storybook Creator in the past.  I have a few posts on finding your content, including one with a video.

I'm sure these aren't all of the FAQs I need to cover, but it's all for today.  Until next time, Enjoy!

An Update On My Personal Challenge

About a week and a half ago, I posted my personal challenge to get all of my photos into Historian, rated and tagged, so I can move on with my projects.

Ok, whew!  That's done.  I still managed to do it in my goal timeline, but I have to admit, if I hadn't told you all that I was challenging myself to do it, I wouldn't have.

So, here's the next challenge:  I realized in the process of doing all of this (and looking for fun things that I plan to make as Christmas gifts … more on that soon) that I never created a book for 2013!  My final printed pages are in my 2012 book.  I have about five months of 2014 drafted in a photobook, but 2013 is homeless!

This means that I have to get my act together.  It's time to start thinking about my Christmas list, but I know that if I don't work through 2013 soon, I won't remember half the things about it.

The new goal is: Get my 2013 photos into a photobook by October 31st.  That's the whole thing, ready to order.  Today's only October 2nd, so that gives me roughly 4 weeks.  Will you help keep me accountable?  Do you need to set a goal, too?  If you want to join in, leave a comment and we'll cheer each other on!

The Importance Of Keeping The Stories 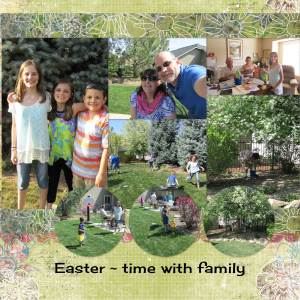 I'm getting back to some basics.  After eleven years as a Creative Memories Consultant, I thought I had the need to keep my stories in an album pretty much ingrained in me.  And the different activities I provided as a part of my business helped me to keep things close to current, at least most of the time.

But in the past year, with Creative Memories now gone, plus seven months spent looking for a new home and then the move afterwards, my memory keeping has been seriously derailed.  I've been mentally reviewing my thoughts and actions for the past year, and I question whether I even have photos of the significant events from the past several months.  And if I do, where are they?

The other issue is the lack of time.  With a hugely busy job over the summer, and the stresses of moving and unpacking and getting kids registered for new schools, I have been completely absorbed in things unrelated to memory keeping.

So, how do I get back on track?

What is my plan going to be for “catching up” or just simply getting started again?

Really, I've got to make this more of a priority and set some goals with it.  It's not one of those things that I can just say “I'll do it when I find the time” because that kind of time doesn't exist.  With a goal, it's another thing that I can check off my list and say that I've accomplished.

I think my first goal is going to be finding all of this year's photos from all of the devices they may be on … tablets, phones, camera and Dropbox.  Once I get them organized and tagged (which is thankfully made a whole lot easier with Historian), I can have the confidence that I know where they are and can start on a project.

So, my goal needs a deadline.  I am going to commit to doing this within the next 10 days. Want to check back in ten days from now and see if I've done it?  Want to join me and set a goal of your own?

This is definitely something we can't keep putting off “until we have time.”  It's time to make the time, even in little pieces.  Make your family's memories and experiences a priority.

Until next time, Enjoy!
– Deb

Moving to Historian and Artisan

This has been quite a week for me.  About four days ago, on Saturday evening, my laptop gave me a memory failure warning when I shut it down.  That's never a comforting sign.

On Sunday, I booted it backup again, but every operation I attempted was like wading through quick-set concrete. I'll spare you the details, but the end result was my decision to reinstall my operating system.

After 48 hours of tedious updates and installations, I love the “new-ness” of having a cleaned up machine.  (Yes, I do realize that this is just a bandaid … the hardware is going to fail again.)  However, with all of my backups, Roboform to remember all of my passwords (love that service), and Chrome acting like nothing happened, there was just one glitch. When I reinstalled Memory Manager and tried to activate it, I realized that I cannot activate it anymore.

That's the one thing that I didn't think through before I took the leap.  In retrospect, it wouldn't have mattered, because my computer was unusable before the reinstall anyway.

The good news is, Artisan and Historian aren't nearly the hit to the wallet that Storybook Creator and Memory Manager were.  In fact, I got into both programs for just a little more than I would have spent initially purchasing just one of them before.

I started out downloading Historian because I had already restored my main memory vault from my File History (a great backup feature available in Windows 8).  The installation went smoothly, it activated quickly, and I opened my memory vault with no problems.  Other than the new logo/look, this is the same program and works just like Memory Manager.

Next, I downloaded and installed Artisan.  Since I hadn't reinstalled Storybook Creator on my cleaned up machine, it didn't recognize that I was a Creative Memories user.  That's ok, though.  It's still the same program I had before, and it's capable of using all of the Creative Memories' digital content I had.  It took me a little while to restore all of my packages, but they are now all happily recognized in the content manager and we're ready to get back to work.

The good news through all of this is that I hopefully learned something the hard way before you have to. If you're contemplating upgrading your computer, keep in mind that you won't be able to reactivate your Creative Memories software anymore. However, your projects and your memory vaults aren't affected by that.  They will still remain usable or readable by Artisan and Historian. Keep them backed up and safe, and your work will survive the transition.

The News We’ve Been Waiting For

I know I've fielded questions and concerns from some of you over the last few months about whether your software will be of any benefit to you after CM finishes taking Storybook orders on September 23rd.

The good news is, there is a solution!  A motion was filed today with the bankruptcy court with the plan to have Panstoria, the company that makes Memory Manager and Storybook Creator, continue supporting our software and supply an option for us to use the software to print future projects.  So don't stop creating those projects!

According to CM's CEO Chris Veit, here's what is being proposed:  (Keep in mind, this still awaits bankruptcy court approval, so it's not quite set in stone yet.)

There's still a possibility that the other interested investor will come through with their deal between themselves, Panstoria and CM, and supposedly, that would be even better.  We'll just see.  But either way, we can still use our fabulous software.  Sweet!

Until the next time, Enjoy your software!

I finally did it!  I recorded a short video to show just how easy it is to tag people with the Facial Recognition feature in Memory Manager 4.0.

Hope that helps!  Until the next time, Enjoy!

I have been an Ambassador with Forever.com for over five years now (and with their software much longer than that!). This site is my notebook or bulletin board to help others who are interested in or using their products. Thanks for joining me!